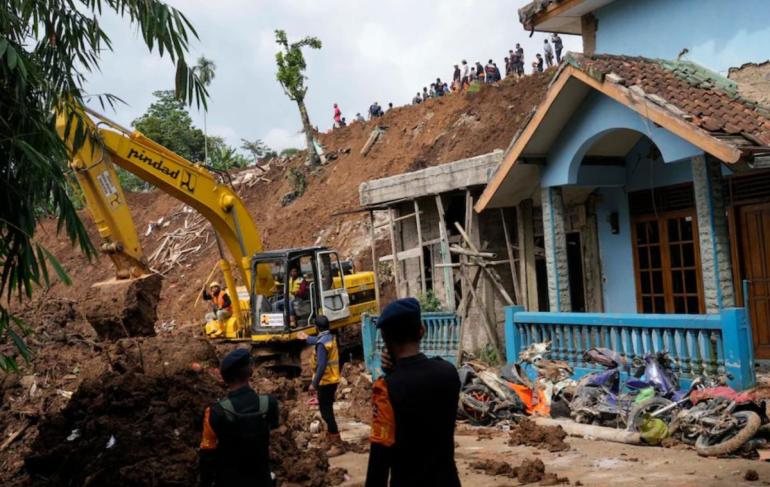 Indonesians dig for bodies and survivors buried in landslides from quake

CUGENANG, Indonesia — Across a patch of red earth littered with broken tree branches, two car wheels jut from the mud. The vehicle was buried when the quake hit — along with all its passengers. Nearby, an excavator digs into a pile of earth, searching for signs of life. It uncovers bodies, sometimes limbs. No survivors.

“Because of the terrain, these are areas not easily reached by the relief teams,” said Ade Soekadis, executive director for Mercy Corps in Indonesia. Roads leading up to districts like Cugenang are narrow and still blocked in some parts by fallen debris, making it difficult to transport excavators and other heavy machinery. The force of the landslides has also left some bodies difficult to identify. Some had been carried far away from their villages by the gush of mud and earth. Asep, a rescue worker in Cugenang, said on Wednesday that he had found an arm in the mud but hadn’t uncovered the rest of the body.”