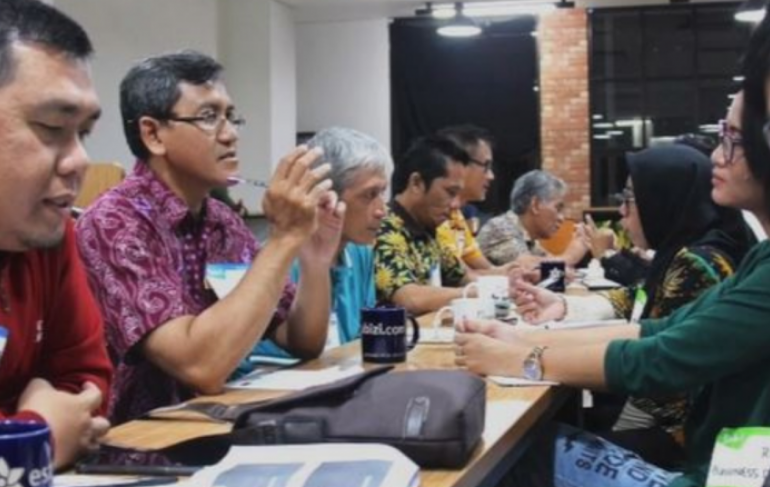 In 2017, Andi Ashar needed to earn some extra money to pay for his studies in information systems at his university in Makassar, on the Indonesian island of Sulawesi. He heard about a contest sponsored by an international mining company for the best infographic design and decided to try his luck. He was amazed when he won first place, earning him the $1,750 prize.

Ashar decided to use the money to start his own T-shirt screen-printing business, Keraton Kaos. He quickly attracted a base of new customers but then hit a wall. Unable to motivate his staff to take more initiative, he shouldered many daily responsibilities himself, and as his business grew, his finances became increasingly difficult to handle.

“Learning how to screen-print the T-shirts by hand was one thing,” says Ashar, now 26. “But running the business was a completely different type of challenge. There was a definite learning curve.”

Around this time, Ashar spotted an advertisement about Mercy Corps’ MicroMentor Indonesia program. He immediately signed up, hopeful he could find a mentor to show him the ropes of managing a small business.

Ashar’s experience is not uncommon. Before the pandemic hit, more than a third of young adults in Indonesia wanted to run their own businesses, according to a World Economic Forum survey of youth attidues in the region. But while the number of startups has boomed in Southeast Asia’s largest economy, young entrepreneurs with little business experience have struggled to persuade would-be investors to provide the capital they need to grow.