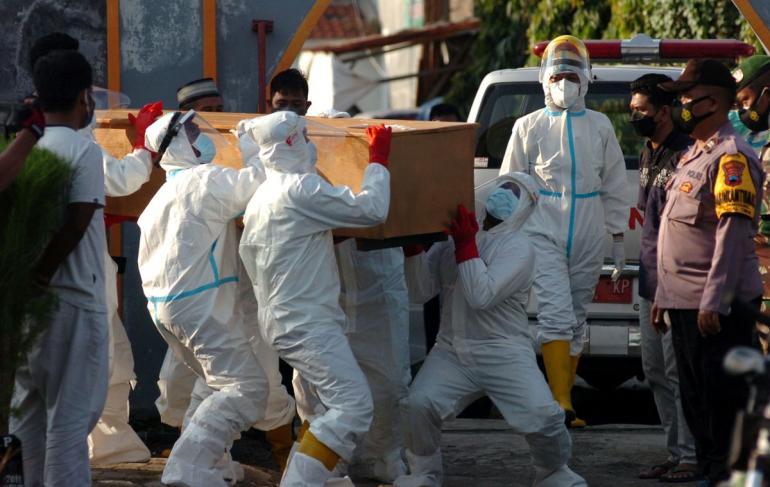 "JAKARTA, July 1 (Reuters) - President Joko Widodo said on Thursday that Indonesia will impose emergency measures until July 20 to contain an exponential spike in coronavirus cases that has strained the medical system. There has been an alarming climb in virus cases in the world's fourth most populous country in recent weeks, prompting warnings from health experts the outbreak could be as bad as India's devastating second wave if tighter measures are not introduced.

"With cooperation from all of us and the grace of God, I'm certain that we can suppress COVID-19 transmission and restore people's lives quickly," said the president, who is known as Jokowi, as he announced the stricter measures.

Before the restrictions were announced, Mercy Corps Indonesia expressed concern about the "dire situation".  “Hospitals are overflowing, around one in five tests in Indonesia are reportedly coming back positive, and we’re experiencing more deaths now than at any point of the pandemic,” said Ade Soekadis, the aid agency's executive director.  "Worryingly, as we've seen in India and Nepal, we know it’s only going to get worse."